Among other notable distinctions, Fresno is home to the first credit union ever to be established in California!

First California Federal Credit Union was established November 18, 1924, as Fresno Postal Employees Credit Union, Limited. When the Credit Union first came into existence there were no federal or state laws governing the operation of credit unions, therefore, it was chartered under the provisions of Canadian Credit Union Law.

From its inception in 1924, through the depths of the Great Depression, the turbulent years of World War II and the booming years following the war; the Credit Union continued to grow, prosper and serve its members. In 1962, the field of membership was expanded to encompass all U.S. Government Employees residing in Fresno County. Those included in addition to the original postal workers; all classified civil service employees, wage board employees, and their families. To reflect the increased scope of its membership base, the name of the Credit Union was changed to U.S. Employees Credit Union of Fresno County, California.

In 1982, the Credit Union converted to a federal charter. As part of the conversion process, the decision was made to change the name of the Credit Union to highlight the unique history as the first credit union in the state, First California Federal Credit Union.

In over ninety years since its establishment, the Credit Union has seen countless changes. Today, we are a full-service financial institution with a variety of products and services to offer our members. Through and through our mission has been to provide members with quality financial products and services through efficient service, teamwork, and technology with a professional and personal touch. We invite you to join First California Federal Credit Union and start Banking the Credit Union Way! 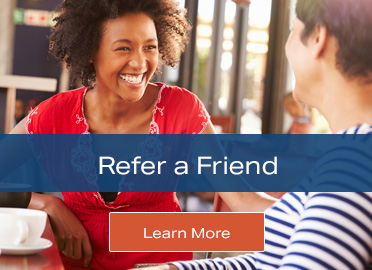 Share why you love Banking the Credit Union Way with your friends! Now, for every friend you refer who opens a checking account with us, we will give you $25 and your friend $25.